When I was younger the setting of most of my teenage make-outs was far from ideal. I mean, there was a roof over my head, and food in the fridge, but in the basement of our family home, nestled in the back corner, was our “study”. The temperature of our basement was sometimes close to freezing, and I can remember mornings when I could see my breath. Hardly the ideal environment to try to get a girl’s clothes off.

But alas, I was a resilient young man. Temperature wasn’t going to stop me from studying the female body. I can remember a specific time when I was making out with a girl who I had been dating for a little over a month. We hadn’t had “The Talk” yet, but I could feel it perched on the ledge of her every breath.

As my hand moved to the clasp of her bra, she grabbed my face and aggressively demanded my focus to her eyes. Raging with testosterone and trepidation for the imminent conversation that was about to happen, blood redirected itself to my brain to collect my thoughts as she sheepishly mumbled:

“What is going on between us?”

Well, that killed the mood.

The man in me wondered, “Why couldn’t she have just waited another forty-five minutes (ten minutes is probably more realistic) to have this conversation?”

I had known that this conversation would come, and it would be the end of my relationship-free romance. It wasn’t that I was seeing other people, or that I didn’t enjoy her company. I did. I just didn’t want to be ‘in’ a relationship with her.

Let’s talk about the dating and relationship rules that we seem to have formulated when it comes to trying to navigate the booby-traps of new love.

She wanted to talk about ‘us’ for awhile. She likely chatted with her friends and they went through the formulaic algorithm that we seem to have created for the specific question we all seem to ponder:

“When is it ok to have the talk about what our relationship status is?”

Let me be very clear:

It is ok to have that conversation the moment you wonder (I’ll explain).

Think about what belief is REALLY going on here and what we’re giving meaning to:

Someone else not wanting what we want means that they don’t want us.

We would rather avoid that conversation to avoid rejection, than get clear information on how to best make  informed decisions moving forward.

Look, I’m not here to sugarcoat or placate to the tenderness people want to hear. I’m going to tell you what’s up.

Let’s consider how this impacts our lives; we avoid conversations where we could get more clarity about someone’s intentions because we’re afraid their intentions (to be or not be in a relationship) may not match ours.

Let’s think of this scenario differently.

Imagine that lately you’ve been feeling ill. For some time now, something in your body is just not feeling right. And, like most of us, you consider your options:

(a) Go to the doctor, find out what’s going on (and maybe that it’s nothing) and do something about it (or not), or

(b) Ignore it and allow it to grow into something that we can no longer treat. And potentially, you could die.

Your sickness becomes a colossal mess because, out of fear of hearing something might be wrong with you, you avoid the very information that would allow you to make proactive decisions and act.

I know this sounds extreme — Because this is very serious.

Here are 4 long-term and very serious consequences of avoiding “The Talk”:

1. You are building two roads to two different places:

Imagine that both you and your partner own a construction company, and that this company builds roads. When you consider what the company mission statement is, your belief is that you’re building roads that lead to wedded bliss.  And oddly, when probed, we find out that his/hers leads to orgasms, lack of commitment, and fleeting love that allows them to sample all the goods around.

Wow. Quite a difference. So, if this goes undiscussed, we’ll have one company, building two different things. Doesn’t sound very smart, does it?

When this happens in the context of relationships, we’ll have hurt, anxiety, pain, and lots of time we can NEVER get back. All because we never talked about relationship mission statements.

Don’t be fooled. Relationships require similar mission statements and intentions. Because, when not aligned, all of a sudden, maybe it’s three months or ten years down the road, you’re going to realize that you’re not building what you thought you were building. And you’re going to be really, really, really(really) angry.

And the truth is, you should be frustrated with yourself, because all you had to do was ask.

2. You are destroying your self-worth:

When we avoid speaking our truth and what we desire from a relationship, we step further and further away from our hearts. We are, indirectly, telling ourselves that what we want isn’t important. Our desires and beliefs don’t matter. What we need, doesn’t matter. We…don’t matter. And if we have kids, we’re teaching them the exact same thing. It is that big of a deal.

3. You are wasting valuable time:

Tick Tock goes the clock. Maybe right now you think it’s not a big deal – you’ve got time, right? What’s another couple weeks or months? Well, quickly, those months will turn into years. And you will be left in a desecrated pile of “I should haves” and, “Why didn’t I justs” as you pick up the pieces of your broken heart, one that you consciously chose to break by not having the conversations that matter.

And if that doesn’t sound serious enough, consider how quickly our lives can change. One coffee shop lineup, one yoga class, one walk in the park. That’s all it takes to meet the person we’ve been seeking. But you’ll never be in that position to meet them if you don’t take control of your life and make conscious decisions about who you want in it.

4. You are filling the gap:

Maybe there’s many reasons you’re avoiding the conversation. Maybe you like companionship? Great. Maybe you like getting laid and spooning to Netflix marathons? Who doesn’t?! Maybe this person is almost what you want but not quite it. What’s the harm?

But they’re not that person. And the longer you hold onto them and fill the space of partnership in your life with mediocrity, you take away the space for your match to enter it.

Chew on that for awhile (but not too long, we’ve got love to find.

Truth be told, there is no magic formula to dating. That’s why the book “He’s Just Not That Into You” doesn’t mean anything when we’re in the storm, because when emotion is involved it’s hard for us to be impartial.

There are rules that are right sometimes, but if there is anything I’ve learned from dating, it’s this:

When we start worrying about all the algorithms and pathways we need to go down, we begin to step outside ourselves. We loose our authenticity and our honesty, because we are pretending to be someone we’re not.

Let’s be our quirky, funny, weird, witty, sarcastic, awkward, and amazing selves. When we do that we give ourselves the freedom to just be. We’re not putting our energy into pretending, and that means we can put more energy into loving.

SPOILER ALERT: That girl and I broke up. And I never got to finish the make-out. Because I didn’t tell her what she wanted to hear. I told her the truth. The end. 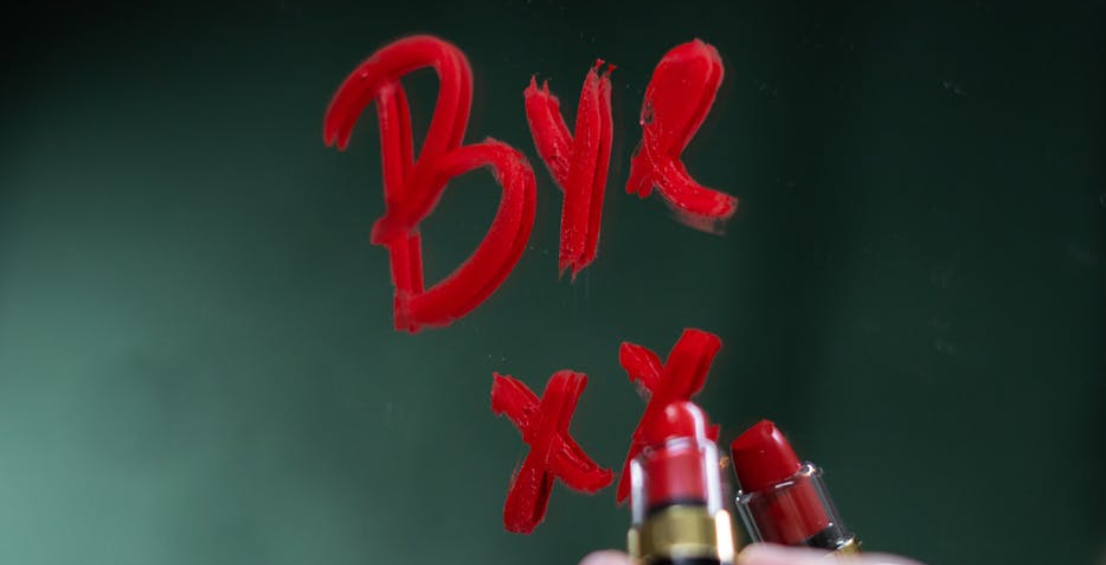 Love her before she leaves you

“I had no idea things were that bad. When she left it was such a shock.” Was it really? Because I’m sure there were signs A 7-day deep dive into a better understanding of relationships. (Formerly Relationships 101) If you’re new to relational wellness, this is the course for you. I spend a lot of time in coffee shops. Maybe it’s an addiction thing. I don’t mean just to coffee. I mean to people. There’s