Maybe life is about more than getting rich and laid

When I was nineteen I was so in love. And like it seems to always happen with great relationships at that age, she went away to college. When she was leaving we had that standard conversation about what the relationship was going to look like, but at that point in our lives it almost seemed doomed to fail. Two people in their late teens, both embarking on the initial steps of creating their schooling and careers, in two different countries. A hard time to make promises, especially ones with such a fleeting feeling as love can sometimes be. So we framed the relationship in a way that we would be allowed to “see” other people, we would just communicate when that happened(Great plan right?!).

So, in the car she went, and go she did.

Being that I was still home, everything around me still reminded me of her. It was torturous. And for her the excitement was never-ending: new school, new people, athletic fame. My heart was attached to the familiar, and hers was exploding with novelty.

The days turned into weeks, the communication was less and less. And then finally she came back for Thanksgiving. Except, she brought her “friend”, the handsome running back with the perfect smile.

I had Thanksgiving dinner with her and her family, and that “friend”. And in hindsight I can’t believe I actually sat there as I was being disrespected with each bite.

I’m not sure how naive I really was back then?!? I believed in the best in people, but I also failed to see the truths that were right in front of my eyes. I skipped the red flags to avoid the pain. Pain that was clearly very imminent to any onlooker.

She would (obviously) go on to date this guy, and I would remain in a crumpled heap of resentment. Resenting myself mostly, for not having a backbone to tell her that her way of being didn’t make my heart feel so good. That she was being sh*tty. But I was so afraid to lose her before that moment, that I let sh*t slide. Sh*t that should definitely not have slid… Sh*t that should’ve been picked up, bagged, and tossed.

A lot of what happened was my fault. I didn’t call her to be better. I didn’t have the tools to challenge her to grow.

Not many people know this, but it took me almost two years(more than that actually… you’ll see) for me to get over this experience. And by “get over”, I mean for it not to haunt me. For her face to not appear every time I closed my eyes. I thought I had known heartbreak before this… but I can honestly say that this was one of the most painful experiences I’ve ever had in my life.

As heartbreak can often do, this one would change me in more ways than I would ever have imagined.

I began living life as a different man. I hid my heart. I started to drink more. And I became lady crazy. I don’t mean kinda crazy, I mean they were like a drug to me. I wanted all of them.

I figured that if being a great boyfriend and being kind and loving got me heartbreak, then I was done with it. I decided that I would do everything I could to not let another woman hurt me. I decided that it was time to start accumulating status, money, and ladies. I set the goal to make 100k/year and to have a porsche, a house, and a plethora of female experience.

With my new goals in mind I hit the bar scene eager and naive. Only a couple of weeks after my devastating breakup, on halloween, I did two things I had never done before: I made out with a girl on the dance floor, and brought a different girl home… to my parents’ house. Who was, ironically, dressed as a devil.

I had never done this one night stand thing before. But I did know how to talk shit. So, I talked about all of the crazy sex-fuelled stuff I was going to do to her, and then when I went to have sex with her, I had another first, it was like putting a marshmallow in a piggy bank. One. Night. Stand. Fail.

And I wish I could blame alcohol, but that had never affected my performance. I’ll tell you exactly why: because I was stepping outside my integrity and who I was in my heart.

But that didn’t stop me. I would be committed to this new way of life. My solution to my new found emotional erectile dysfunction would be to drink the anxiety away. To anesthetize my heart, and to win the acclaim of men around me for my skills with the ladies. I would not only get to experience the “love” of many women, but also become an incredible story teller.

But it had become part of my identity. To be a ladies man and to be celebrated for the things I saw in rap videos.

I got asked recently, “Who do you think you need to be to be loved?”

And wow. That floored me. Who I’ve thought I needed to be has shifted for me as I have grown up.

When I was in my teens it was being funny, athletic, kind, and a good man. Striving to help others, and always being sensitive and empathetic to those around me.

In the last seventeen years I have had so many amazing women in my life. Some of them (obviously) shorter experiences than others… Shit, I’ve even had a fiancee. I’ve shared laughs, cries, travel, adventures, heartbreak, and learnings that I would never take back.

Through all of it I see that I have had women who are willing to show up for me. To love me. To choose me.

But I couldn’t see them then. I was so busy running from love that I didn’t see it sitting in front of my eyes at every turn.

It killed me when I realized this recently, but I haven’t let anyone love me in seventeen years. Seventeen effing years. Sure, I’ve been in relationships. But I never  actually let anyone *in*. Mostly, because I thought if I let someone love all of me they would hurt me. They would leave. They would make me heartbroken.

To ask for love and not willing to be heartbroken. Knowing that the depth we love is always met with an equal and opposite potential for heartbreak.

Also, to be in a relationship with the purpose of seeking love and affection, yet never allowing anyone to give it to us. And on top of all of that, expecting others to love us when we haven’t even taken the time to love ourselves.

So I’ve journeyed within. I love hard. I live in the space of absolute authenticity now. I am me. That’s it. I write and speak on the subject of how humans connect because it’s my favourite. To help people find and see their truth so they can then connect better with others. I write about my journey because I’m not afraid of owning my sh*t, and I hope you may see parts of yourself in me so you may learn without making the same mistakes I’ve made.

I do not regret a moment of my past. I do not regret a single relationship or a single decision, and I would take every second, every fleeting romance, and every heartbreak just as they came. They have taught me so much, and any deviation wouldn’t have brought me where I am today. To a place I am extremely proud of.

In the last four years I have been going through an “unbecoming” of sorts. I recognize that no amount of money, ladies, cars, houses, or “stuff” will ever be able to replace authentic connection and showing up as who am in my core. We chase and accumulate these material things to avoid ourselves. To avoid actually showing up unapologetically and saying, “I trust that you’ll love me for me, and if you can’t/won’t, that’s ok, because I’m amazing how I am and if you won’t, I will find someone who will. I am not willing to become someone else to be with you.”

Here’s what I know to be true:

I feel like I’ve just been born again. Definitely not as a virgin though. But more so as me. To fall in love. To be given another chance. To actually give another woman a chance. To focus on being the good man I know I am. 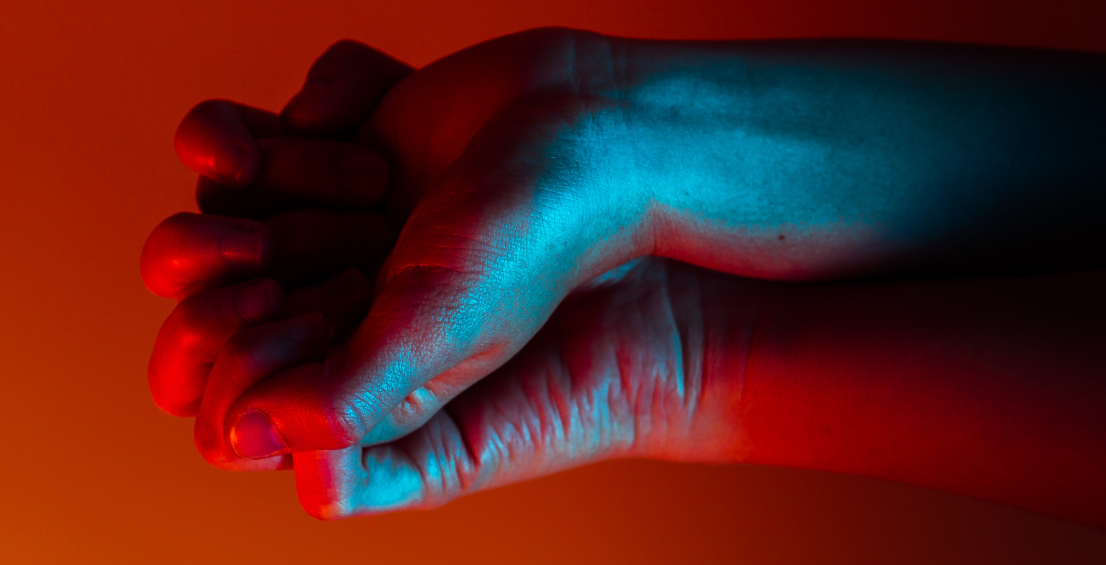 The lies we've been told about sex

Slut is an extremely powerful word, isn’t it? In four letters we have managed to encapsulate all of the shaming we, as humans, connect with Have your wealth meet your worth. What gets in the way of deep love and a life of inner and outer richness? Our worth. That’s 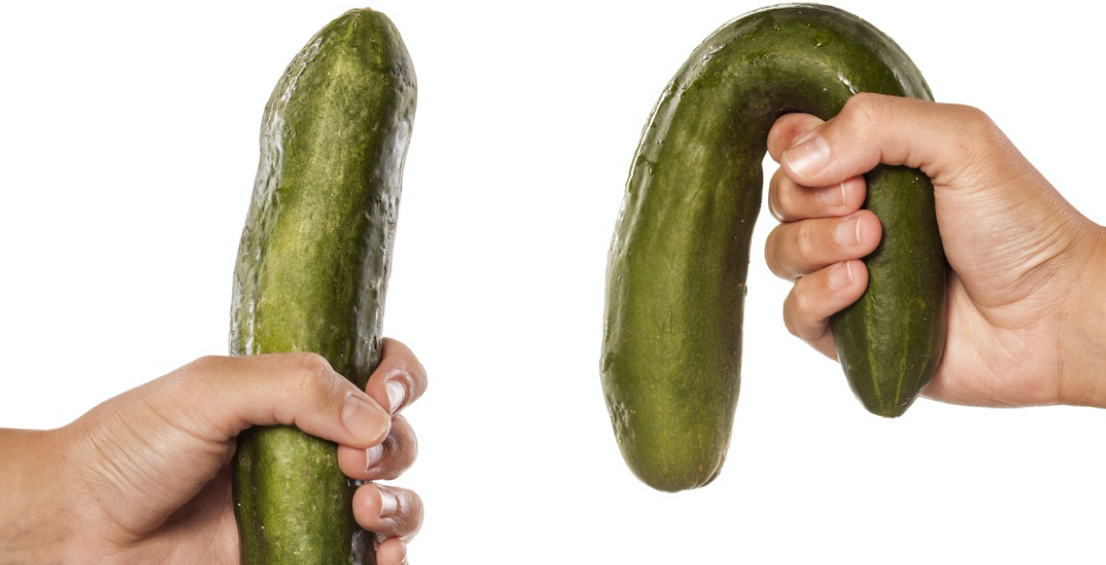 Why you really can't get hard

I was a late bloomer to the sex game. Even the concept of dating a girl scared me so much that I never had to